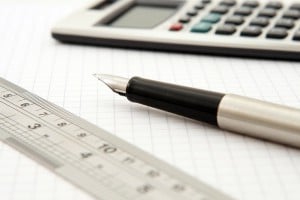 This post’s aim is to explore the meaning of probabilities. More precisely, I’m going to focus on the question: how do probabilities, as a mathematical concept, relate to the physical world?

These aren’t really competing definitions because each of them focuses on a different aspect of the general concept. What they do have in common is that they all respect the mathematical definition of probability based on the 3 axioms suggested by the Russian mathematician Andrey Kolmogorov in the 20th century.

I introduced these axioms in the first section of my post about sample spaces but you don’t necessarily have to be familiar with them to follow the rest of this post. What you should know, however, is that probabilities are restricted to be numbers between 0 and 1 (or 0% and 100%, which is the same thing). This is one of the important differences between them and the other measures I listed in the beginning.

Before I go into details about the 4 definitions, I want to introduce the so-called classical definition of probability which will give some context for the emergence of the others.

The classical definition of probability

The first serious attempt to define probability was in the 17th century and is now known as the classical definition. It preceded Kolmogorov’s (much more) rigorous mathematical definition by 3 centuries.

According to this early definition, you first need to conceptually break down the possibility space (which is another name for the sample space) into equally likely and mutually exclusive outcomes. Then, the probability of an event is defined as the number of outcomes favorable to the event, divided by the total number of possible outcomes.

What does favorable mean in this context?

You roll a fair die and want to calculate the probability of rolling an odd number. Because the die is fair, it’s equally likely to end up with any of its 6 sides facing up. Breaking down the possibility space to these 6 outcomes satisfies the requirement of the definition:

Breaking down the possibility space

There are different ways to break down the possibility space, all of which satisfy the definition.

For example, instead of breaking down a die roll into 6 possible outcomes, you can break it down to 2 or 3:

The first breakdown (odd vs. even) would still work for calculating the probability of rolling an odd number. But the other two wouldn’t because the possible outcomes are only partly consistent with the event. So, neither would be completely favorable or unfavorable.

The principle of indifference

Another thing to consider is how to determine if individual outcomes of a breakdown are really equally likely to occur.

This is decided by the so-called principle of indifference. This principle is at the heart of the classical definition but it’s also very important for some of the other ones. It states that:

In the die rolling example, all 6 outcomes are symmetric because the only difference between them is in the side labels. And labels don’t physically affect the process in any way. So, any argument you can give for why a particular outcome is more likely than the others can also be used to argue for any of the other outcomes.

The classical definition isn’t exactly wrong. Actually, it is completely consistent with the mathematical definition, but it is limited. It’s only defined for finite sample spaces that can be conceptually broken down to equally likely outcomes.

According to this definition, the probability of an event is equal to the long-term frequency of the event’s occurrence when the same process is repeated many times.

Under this definition, the probability of rolling an odd number is 0.5 because rolling the die many times leads to roughly half of the rolls being odd.

This definition is different from the classical in two major ways:

A consequence of the second point is that probabilities only make sense when assigned to repeatable events:

With this definition, you don’t calculate probabilities of particular hypotheses. Each hypothesis is either true or false and probabilities don’t quantify any uncertainty.

This is a counter-intuitive aspect of this definition that many people struggle with because we’re all used to saying things like “it’s unlikely that X is true”, implying that the probability for X to be true is low. But these kinds of statements are meaningless if you use the long-term frequency definition.

Under this definition, probability is a physical propensity/tendency of certain events to occur under particular conditions. For example, a coin lands heads or tails with a propensity of 0.5 (this isn’t quite true because regular coins do land on their edge once in a few thousand flips). A fair die has a propensity of 1/6 to land with either side facing up. You get the idea.

The law of large numbers

This definition of probability is somewhat complementary to the frequentist one. It specifies the source of the long-term frequency of occurrence of certain events. Namely, the physical properties of the objects involved in the process.

For that, it relies on the law of large numbers. This law is a proven mathematical theorem which links probabilities to frequencies. The law states that:

Relation to other definitions

The advantage this definition has over the frequentist one is that here you can talk about probabilities of single events and not just long-term frequencies.

The propensity definition also explains the principle of indifference with the physical properties of objects. For example, a die is not biased to land on any particular side precisely because it is a perfectly symmetric cube, has a uniformly distributed density, and so on (of course, no real die is really that perfect).

Probability as degree of belief

Probabilities should reflect your knowledge and experience. The principle of indifference is also used here to assign probabilities to events when you know nothing about them or when you have no reason to believe any event is more likely than the others.

With this definition, you can still talk about probabilities of single events, just like with the propensity definition. In fact, this is the main advantage of thinking about probabilities as degrees of belief — you can attach probabilities to virtually any statement. Unlike the previous two definitions, here there is no requirement for repeatability of the events either.

Probabilities are updated using Bayes’ theorem, where your initial belief is your prior probability for an event, which can be updated into a posterior probability with new information. If this terminology is new to you, I encourage you to take a look at the post I linked to, as well as this one, where I explore the intuition behind Bayes’ theorem.

The last point is the main difference between this definition and the previous ones. Proponents of the frequentist and propensity definitions do not update probabilities with Bayes’ theorem, but from direct physical observation and maybe from analyzing the physical properties of the objects involved in the process which generates probabilistic outcomes.

This definition is actually very similar to the previous one. The main difference is that, instead of degrees of belief, here you talk about the degree of logical support for a particular hypothesis. In this view, probabilities are a generalization of classical logic.

In the most general sense, a probability is a number attached to a statement. That number specifies how likely it is that the statement is true. Examples of such statements are:

With this definition, you still update probabilities with Bayes’ theorem. The difference is that you are more constrained in your initial assignment of priors. You can’t appeal to vague things like your gut feeling. However, there’s still some disagreement among theoreticians on this point.

In the beginning I started with the question:

One way to answer this question is by replacing the word probability with a synonym whose meaning is more intuitive. The 4 popular synonyms of probability I introduced in this post are:

If you think about it, these different views of probability are actually complementary. They’re not rival views because they are quite interrelated.

The definitions complete each other

If you know that a physical process produces certain outcomes with certain long-term frequencies, it’s natural to think that the process has the physical propensity to produce these outcomes with that frequency. Then it’s also natural to adjust your degrees of belief (expectations) for each outcome, so they match that propensity. Or you can go the other way around and form your expectations for the frequency of occurrence of an outcome (by appealing to the law of large numbers) after a logical analysis of the sample space.

I usually don’t clarify which definition I’m using. I simply view probabilities as more general measures that satisfy Kolmogorov’s axioms. And I would personally encourage you to do the same.

Nevertheless, knowing these different philosophical definitions is helpful in getting an intuitive understanding of how probabilities relate to their mathematical definition and to the physical world. I hope this post gave you a better feeling of how to bridge this gap.

If you liked this post, be sure to also check out my post comparing Frequentist and Bayesian approaches to statistics.