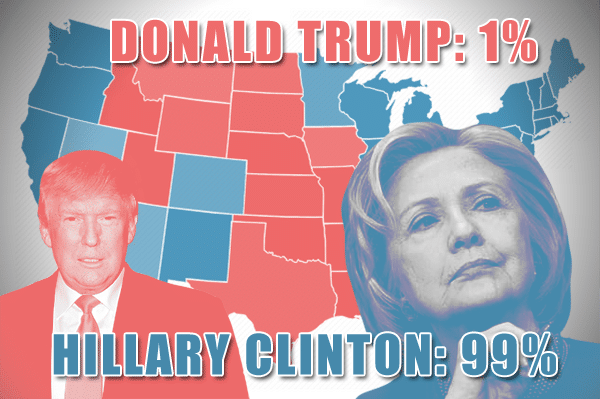 This is an update to the main post from September 20. Please click on the link for a detailed description of the election process and how we model it to make the predictions you see below. Click here to go back to the daily predictions page.

You can click on the date above the map to check the predictions for other dates. You can also click on different states on the map to see our state-specific predictions. 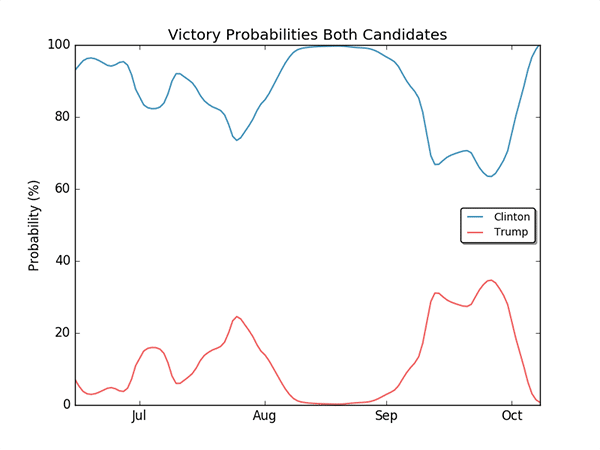 In the next two plots vertical lines mark the dates on which significant events occurred. By significant, I mean events related to a candidate that caused significant controversy and received significant attention by mainstream and social media. To me, these are the most interesting plots because they can give insight about voters’ actual reactions to the events which circulated around media.

Each event is shortly described after the plots. 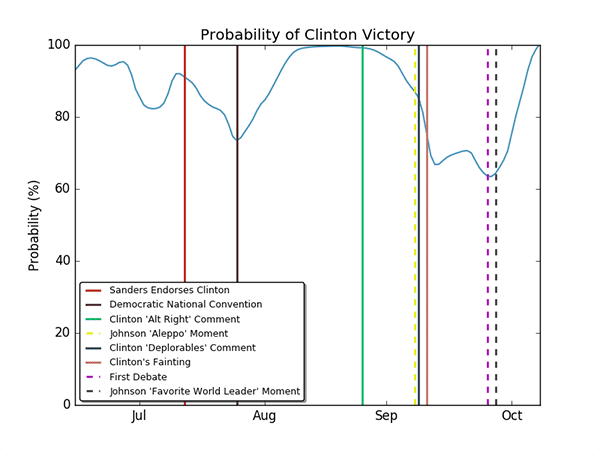 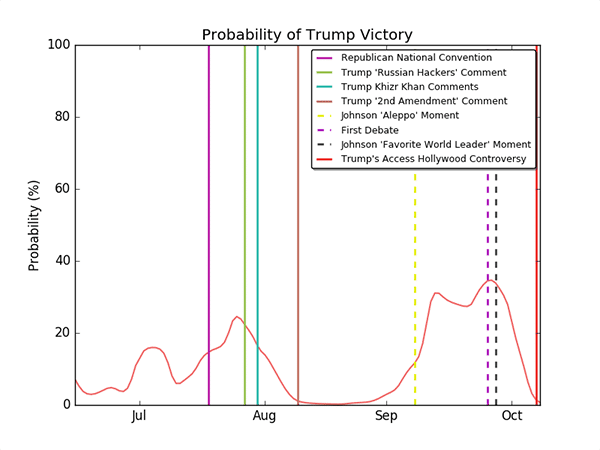 We will add new events as the final month of this election cycle unfolds.

Finally, the image below shows our current estimates for the electoral vote distributions for Clinton and Trump. 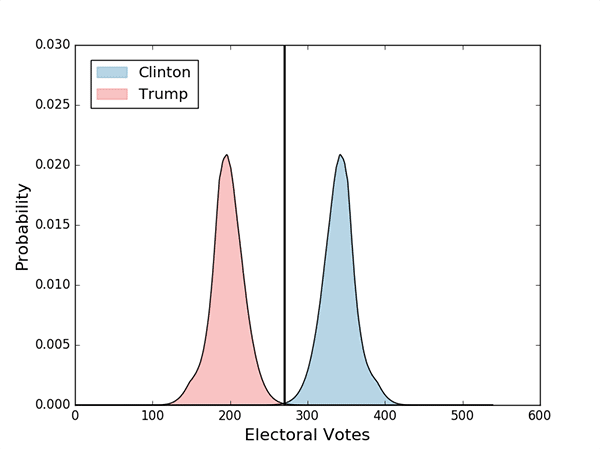 We are going to continue to publish periodical updates. Stay tuned!